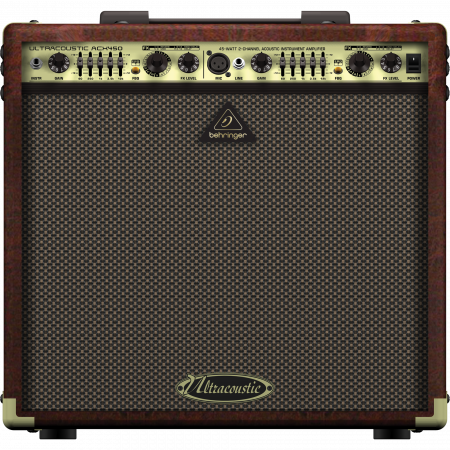 These days, going "unplugged" still involves plugging into something. Make the sweet sounds of your acoustic guitar and voice big enough to cut through the clink of coffee cups and casual chit-chat with the ULTRACOUSTIC ACX450.

The Ins and Outs

The 45-Watt ACX450 features two channels: one with a single 1/ 4" input jack and a second with a 1/4" input and XLR input, making it the ideal amp for a one-person show with an acoustic guitar and a mic for vocals. Just turn the GAIN dial to determine the levels of each channel. Both channels feature a four-band EQ equipped with BEHRINGER's FBQ Feedback Detection System for instant feedback elimination. You also get a 24-bit FX processor per channel featuring 16 incredibly presets such as reverb and delay. We also include a footswitch for remote activation of the effects.

On the back panel, you will find a stereo RCA input for plugging in a CD player. If you're just getting started as a guitarist, this is a great way to play along with your favorite tunes. Or, if you're playing an extended set, you can use the CD In section to provide music during breaks.

An original 8" BUGERA dual-cone speaker projects your sound with the utmost integrity. These beautifully voiced speakers are made 100 percent in-house. We even grew the trees that became the pulp used for the cones! Every step of this incredible amplifier's creation was overseen by BEHRINGER's quality control.

Weighing in at less than 30 pounds, the ACX450 is the perfect way to quickly and easily bring a beautiful solo acoustic performance to a small venue. Plus it looks like a handsome piece of furniture! See how the ACX450 can bring your mellow moods to a bigger audience; plug into one today at your nearest BEHRINGER dealer. 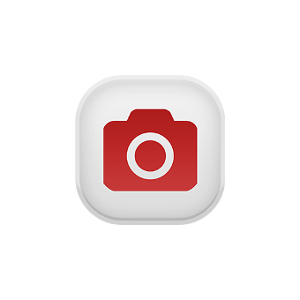